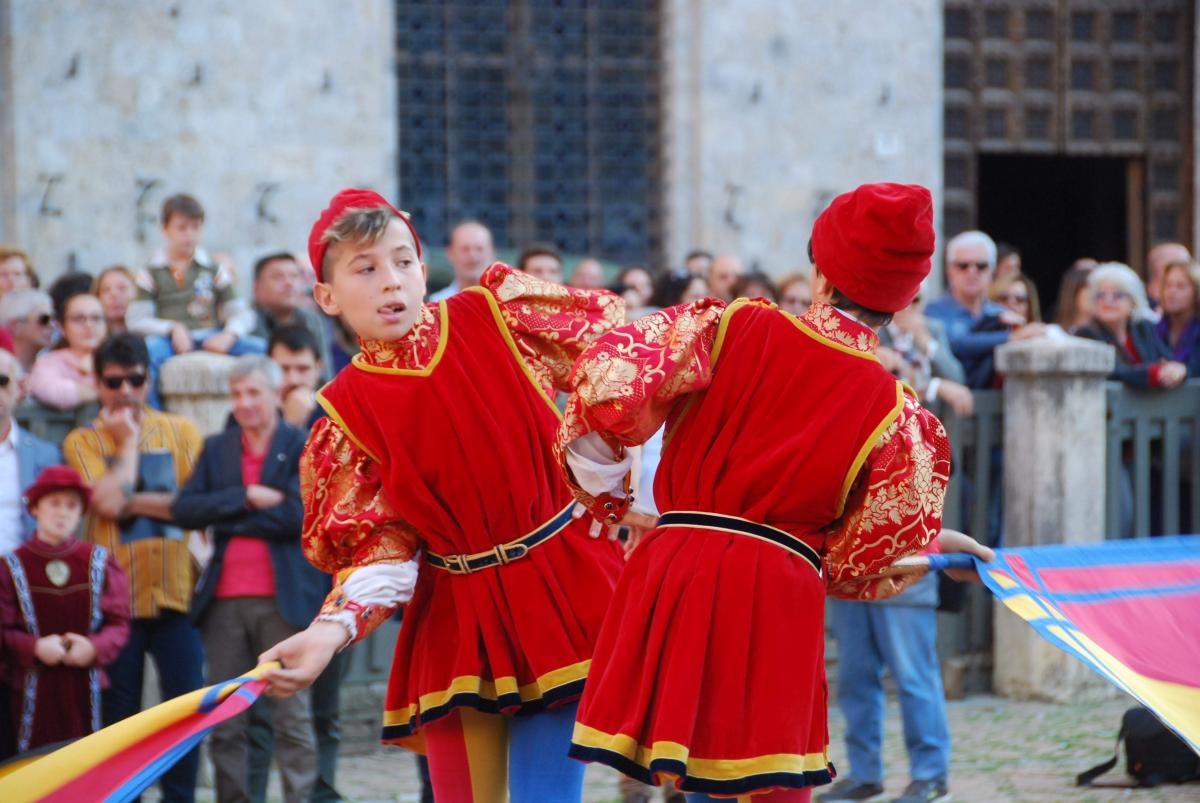 Discovering the Contrade of Siena

The “Palio di Siena” is a fascinating and world-famous event held twice a year in Piazza del Campo, in Siena. This huge festival attracts thousands of tourists, but it is only the most significative of the many civic activities and social events organized all year round by the Contrade of Siena.

With the Experiences “Playing Golf in the heart of Tuscany” & “Tuscany 4 Ladies“, Italy4golf offers international golfers the amazing chance to go on a guided tour in one of the 17 Contrade, and fully experience its characteristic and unique atmosphere.

Each Contrada has its own oratory and museum, which truly act like treasure chests in preserving the legacy and the history of their Contrada. The history of the Contrade dates as far back as the military companies in the ancient Republic of Siena, and only in the 17th century did they become the associations they are now. The territorial boundaries of the city wards under the control of each Contrada were first officially recognized by the Italian government in 1729, and are still enforced today.

The Contrade of Siena have always served social purposes that are still kept alive today by the sense of belonging and sharing that permeates the environment of the Contrade, which are truly like living beings that grow with time.

The guide will accompany the visitors of Italy4golf in the most important sites of the Contrade, including but not limited to the museums and the churches, and will provide important information (in the visitors’ own language) to understand what a Contrada really is and why this kind of community is unique in the world.

For example, the guide will explain the change from the “ius soli” to the “ius sanguinis” system (the so-called “contradaiolo” baptism), the history of the origin of the Contrade and their customs and traditions. Among these, the tradition of gathering in churches, which hold today unbelievably rich collections of historical objects and clothes belonging to the Contrade, and the concept of “Protettore“, namely the people who spend their time and money taking care of the growth and preservation of the Contrade. Visitors will be given information about the churches of the Contrade and their altars (this is the place where the “Correttore“, the Contrada’s bishop, blesses the horse that will compete in the Palio) and also on the changes that have occurred in the Palio during history.

The Contrada is, thus, a lifestyle, a community that is lively all year round and that influences the life of its members not only during the days of the Palio. The respect, the inter-generational interactions that the Contrade promote and the fact that the members of a Contrada celebrate the birth of new members and pay homage to the deceased ones, all clearly show the incredible sense of community found among the members of the Contrade. The Palio is certainly a festival that testifies the freedom of the people of Siena, but on its own, it’s not enough to explain the relationship of mutual support that lives within the Contrade.

Golfers and visitors who participate in the Experiences Italy4golf will have the opportunity to experience a day with the people of a Contrada and discover the hidden marvels of the glorious city of Siena, the capital city of the Gothic architectural style and UNESCO heritage site since 1995.